What makes Vienna the most liveable city in the world 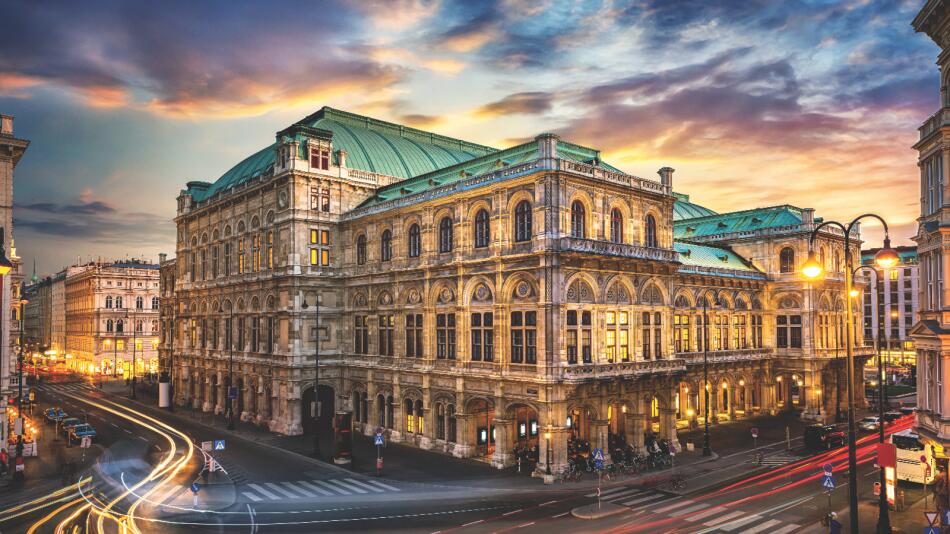 The Austrian capital oozes old-world charm alongside a gush of modern, tech-driven infrastructure, making it an equally delightful destination for travellers

Vienna — best described as a city where music comes to life. Many great artistes were either born in or have made the place home at some phase of their lives — signalling a unique pull towards the land, which perhaps inspired them to witness the world through a unique gaze. A gaze evident in the city’s treatment of art history and preservation, instilling a deep appreciation for arts and culture within the residents and tourists alike.

Depicted beautifully across the town centre, you see a quirky blend of the past and the present, with horseback carriages going around in full force, followed by a taxi taking passengers along the same path, a classical music concert being held at a baroque church, with a woman dressed in all black, voguing unabashedly with finesse on the streets outside.

Earlier this year, The Economist Intelligence Unit named Vienna as the most liveable city in the world from an analysis of 173 cities, excluding Kiev, based on five categories: education, healthcare, stability, culture and environment, and infrastructure. While these factors play up when one is choosing to relocate or is in search of better quality of life, its benefits also spill over to the tourists who enjoy a neatly organised cityscape, with tech-driven innovations and facilities you can expect only from one of the best countries in the world.

Vienna’s Ringstrasse, a 5.3 kilometre-long ring road that circles the town centre, comprises numerous historical sights unique to Vienna. If you’re staying within the centre, almost everything you’ll need can be covered by foot, including all the famous landmarks, such as St. Stephen’s Cathedral, Karlsplatz, Volksgarten, St. Peter’s Church, Albertina museum and City Hall Square. In fact, walking, I’d say, almost always is the best mode of transport in any European city, especially Vienna. Taking longer routes by accident, circling the same place twice or getting lost on the quaint streets of the Austrian capital will only give you a more intimate chance to discover that local eatery on a quiet corner, hidden street art giving the city its unique identity or a secluded church which may not feature on the top 10 list.

How to go around

When you do decide to venture outside of the city, which you definitely should, as the town can easily be covered in a day or two, the robust networks of trains, trams and buses will transport you swiftly around the city.

Pro Tip #1: Purchasing a Vienna city card is extremely handy as you can get access to free travel on public transport in Vienna, discounts in museums and tourist attractions for the duration of your stay and a 20 per cent discount on the daily room rate for the participating hotels. It can be purchased for 24h, 48h or 72h, depending on your requirements.

Pro Tip #2: If you’re visiting with a basic data roaming pack or don’t need to make many phone calls (courtesy WhatsApp calling), you could get by using the stellar public WiFi connection, available almost everywhere in the city, without having to invest in a new sim card.

If you’re on a 3-day trip to the capital, make sure you reserve one of the days to travel to the outskirts of the city to discover a hidden gem. The family-run Weingut Wieninger — taste of Vienna (quite literally) — operates as a sustainable, biodynamic winery in the metropolis. From going behind the scenes of their procurement and production process to tasting their biodynamic grape juices — freshest quality I’ve ever tasted — it’s a great afternoon out for some edutainment.

From there, you can travel up the hill for a wonderful lunch with family and friends, enjoying cold Austrian tavern delicacies, with vegetarian options, all sourced locally from premium producers. The variety of cheese and bread, bursting with fresh, flavourful ingredients, in itself will leave you gobsmacked. Pair this with the ambience of fresh breeze passing through a vast stretch of the vineyards, watching the sun turn orange-red over the Vienna skyline and the glistening Danube river — and we have a winner!

Also known as the City of Music, Vienna is known for being home to a wealth of Austrian and international composers, including some of the greatest influences of classical music, Ludwig van Beethoven and Wolfgang Amadeus Mozart and Vienna waltz king Johann Strauss, whose statue stands tall in Stadtpark. Their legacy is celebrated through several concerts that take place in the city. The renowned Vienna Philharmonic Orchestra conducts an annual New Year’s Concert, which is broadcast to millions around the world and Vienna Opera House on Ringstrasse competes amongst the best opera houses globally. If you’re unable to attend these magnum opus spectacles, the city is filled with smaller concerts that take place every other day in a variety of locations.

On a free evening, I stumbled upon a performance by Classic Ensemble Vienna taking place in St. Peter’s Church located in the heart of the town centre, which easily turned out to be one of the highlights of my journey. The baroque interiors, with detailing I’d imagine would take me a lifetime to decipher and observe in its entirety, the high ceiling of the church, the still, calming ambience — all added to giving the music a unique sound, one that can’t be felt in regular orchestra settings. The hour-long repertoire included Beethoven, Bach, Vivaldi, Mozart among others, with an exceptional performance by the musical ensemble, leading to thunderous applause and a standing ovation at the end.

Experiencing Vienna in person is more than just sightseeing and restaurant hopping. The Austrian capital is filled with artefacts tucked away in all corners of the city, which many a time after inquiring with shopkeepers, you will find are manufactured locally. Lobmeyr chandeliers, made in Vienna and owner-operated for six generations now, can be found in palaces, living spaces, opera houses and mosques. Revived in 2017, the imperial watch brand Carl Suchy & Söhne, founded originally in 1822 by Austrian watchmaker Carl Suchy, also finds its home in the Austrian capital.

Be it high-end legacy brands that Vienna has historically been known for or the new-age thriving start-up scene in the city, such a Viennese start-up, BLÜN, that supplies Viennese catfish and vegetables from its own aquaponics facility, discovering Viennese originals makes for an intriguing opportunity to learn about Vienna’s history.

The Viennese way of life, known for maintaining the highest of quality in both its goods and services, takes pride in showing impeccable hospitality towards theirs guests. If you’re looking to savour some traditional Austrian flavours, make your way to Café Landtmann Wien, an old Viennese café, where you can try out one of the best Viennese apfelstrudel — a must-try delicacy. Often mistaken to be of German origins, the apfelstrudel is a unique combination of paper thin pastry garnished with a pinch of cinnamon, studded with almonds and raisin.

Another interesting way in which flowers are preserved in the Austrian capital is at a local confectionery called Blühendes Konfekt, where a self-taught Viennese confectioner collects wildflowers, turning them into candied pralines preserved in sugar, blossoms and violets, making it an #OnlyInVienna experience.

Vienna Music Film Festival: From July 2, City Hall Square has been turned into an up-beat open-air arena for The Music Film Festival, which presents musical highlights of classical, pop, rock and opera alongside a hearty spread of culinary treats. Travellers can celebrate a musical summer in Vienna with free admission to the festival.

Volksgarten: If you’re making your way there in the summers, a picnic in the park is a must. With lush green flora and bright red roses all around, spending an evening taking a stroll or settling down for a picnic in Volksgarten, you can unwind under the Viennese sun shining. You’ll notice yourself surrounded by beautiful, blooming roses that have been planted there with elaborate notes underneath, as presents for loved ones. In Vienna, instead of buying bouquets with plucked flowers, for your special occasions, you can reserve a place in the park and grow roses to full bloom, without harming the flowers.

Epitome of authentic Austrian luxury, Hotel Sacher is one of the last few remaining family-owned five-star hotels. Located right in the heart of Vienna city, directly opposite the famous Vienna State Opera, Hotel Sacher Wien is the perfect place to get started on your excursion around the city.

With history at its doorstep, the stay at Sacher makes sure one immerses themselves fully into the Austrian culture, right from the bright colour palettes for its interiors to charming, grandiose décor with intricate chandeliers.

Even if you’re staying in one of the neighbouring hotels or elsewhere in Vienna, chances are you’ll definitely be passing this grand property. The famous Café Sacher, which normally has a long queue of people waiting to enter, is a local favourite, serving breakfast, light meals and coffee specialities along with the highlight — the Original Sacher-Torte, in a traditional Viennese coffee house ambience. Arguably one of the most famous cakes around the world, the Sacher-Torte is an original creation and legacy of Franz Sacher, an apprentice chef at the court of Prince Metternich at the time, who created this signature chocolate cake, now hailed Vienna’s ‘sweet ambassador’. While many pastry parlours around the world will have the Sacher-Torte on display, the original can only be found at Hotel Sacher.

How to get there: Take a direct flight from the UAE to Vienna, landing at Vienna International Airport

Flight duration from the UAE: 5-6 hours

Daytrips to: Alpine town of Salzburg, Bratislava, capital of Slovakia and Budapest, capital of Hungary