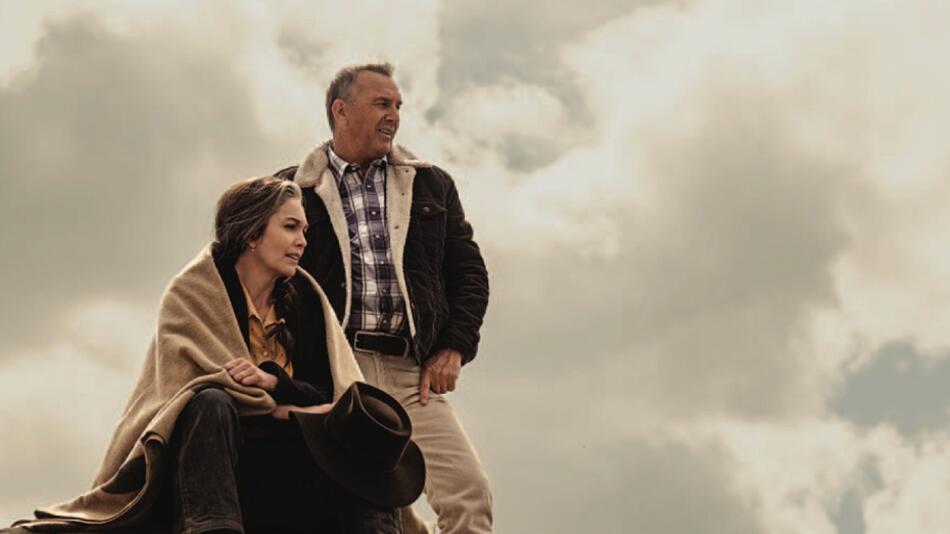 A neo-Western, set in the early 1960s, where a middle-aged couple — with crackling chemistry — pick up cudgels (and guns) to rescue their grandson from a terrifying mafia-like family

Let Him Go released theatrically around the end of 2020, during the full flow of the pandemic; but now, just a couple of weeks ago, the movie released on Netflix. I had been looking forward to Let Him Go for two reasons. One was Thomas Bezucha, the director, whose creativity I’ve had occasion to sample: he co-wrote the screenplay for the marvellous The Guernsey Literary and Potato Peel Pie Society. With Let Him Go, he dons a triple hat — writer, director, producer.

But much more than Bezucha, I was looking forward to the unbeatable casting of Kevin Costner and Diane Lane, two of my favourite actors — and, easily, two of the best-looking (and may I also add sexiest?) actors to have graced the silver screen.

I was a little apprehensive about them playing an “ageing couple”, as described in the information caption. I cannot imagine Costner and Lane to be “ageing”: they have too much chemistry in them to be bogged down by biology. But happily, “ageing” is not what you really see, it’s only there as a circumstantial context.

Sometime in the early 1960s, George Blackledge (Costner) is a retired sheriff, living on a ranch in Montana with wife Margaret (Lane), their son James, his wife Lorna and their baby Jimmy. But after James dies in a horse-riding accident, Lorna remarries a man called Donnie Weboy. The still-grieving George and Margaret give her their blessings while trying to process the fact that their grandson will no longer be living with them.

They soon realise, however, that Donnie is an abusive spouse and stepfather (to their grandson). By the time they action their concern — by trying to extricate at least Jimmy out of the mess — they find out that Donnie has taken both Lorna and Jimmy and moved away to North Dakota to be with his family, helmed by the menacing matriarch Blanche Weboy (a frighteningly good Lesley Manville).

George and Margaret embark on a road trip to track down the Weboys. On the way, they meet, and befriend, a Native American named Peter Dragswolf (Booboo Stewart) — and there’s a woke extrapolative thread on the injustice and racial discrimination of Native Americans, which is nicely done, poignant but not predictably so.

Once the Weboys are identified — turns out, they live ‘off-the-grid’ in a far-out corner, away from civilisation and whatever little law enforcement the “wild” area has to offer — begins a cat-and-mouse game to get to the end of it.

Let Him Go follows a clear trajectory. It starts out languidly, with grief being a centrepiece, and then it assumes the mantle of a slow-burn thriller, while keeping Western ‘elements’ — like the horse-riding, and the eerie, lonely landscapes — in place, and then it finally explodes. But holding everything together, across the gamut, is the lead pair sharing a love so tender that they almost second-guess each other through despair and joy — and are yet so ‘equal’ independently… Not to speak of the hotness quotient that fans across sequences of action and tragedy.

The mystical poesy — that’s inbuilt into the moving frame of the film — apart, I had a slight problem with the ending (won’t play spoiler), which is why I’m knocking down the rating by a digit.